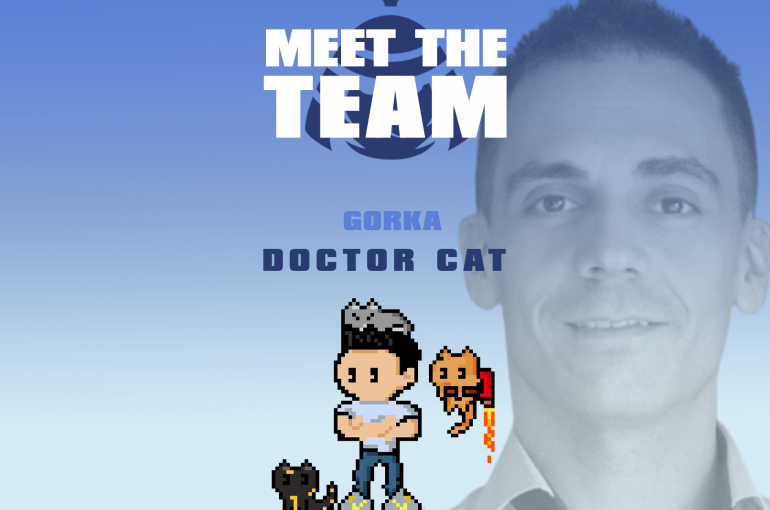 Hi, this is Gorka. It’s about time the nerds behind RoninPixels introduced themselves! It’s been almost eight months since we incorporated the company and we were (kind-of still are) with our heads stuck to the screens. So, who’s this guy?

I completed a degree in Computer Science because my high school friends and I decided it could be fun to study together. I’m not a natural born programmer, I started by learning MS-DOS on the family computer to play Gorillas and a bit later Monkey Island, Loom and the likes. It just so happened that I enjoyed every minute of it. One of my main accomplishments was winning the Mus tournament 🃏 during my first year. 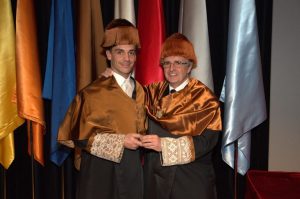 When I finished my degree, I got a grant to work abroad in Edinburgh, Scotland in home automation. After almost a year in Edinburgh, I received a call from The University of the Basque Country for a research opportunity. So it began my PhD in Model-driven engineering, Web2.0, knowledge management (especially wikis) and recommendation systems during the next few years. I presented many papers and got to know Ward Cunningham (the person who developed the first wiki, did I already mention that I’m a wiki-fan?) in the now closed Microsoft Research Center in Mountain View. I received the Best Paper Award in one of the top conferences in Information Systems Engineering and I also won the award for Most active social participant for water-dancing in the swimming pool 🕺 Yes I love dancing and water!

After completing my thesis, (I won the Award for the Best Doctoral Thesis by SISTEDES) I decided it was time to set a new challenge and put all that research into practice.

After getting my PhD, I founded Keinoby – a small startup where we created three apps for Confluence (plus one more for a private customer). There we learnt the basis of the Atlassian Marketplace at that time, because many things have change during these eight years…

And just a bit more than a year later, we were acquired by one of the top marketplace vendors: Comalatech. Here’s where I stopped developing apps (I’ll be back 🔙) and became a full-time product manager. Comalatech is where current RoninPixels team members Javi, Iñigo and myself first worked together and got to know each other 😽

After four years working with awesome professionals and growing as a product manager we faced the expected challenges of handling ~15 commercial apps for cloud, server and data center, both in Jira and Confluence.

When Comalatech moved to the next stage and was not a startup anymore, with ~40 people the challenges and goals changed and I knew it was time to move on.

Right after Comalatech, my friend Jorge and I founded Taima Team – a company whose primary goal is to reduce the stigma of medical cannabis. I set up the e-commerce platforms and hired the first employees. While still being partner, I joined my good friend David to create Manfred – a worldwide recruiting platform.
As you know, business moves fast and Manfred was acquired after my first year. After staying a few more months to help the team to restructure again, the situation changed enough to make me think about what I really wanted professionally. Iñigo, Javi and I were all in that moment of our lives that begged for a change…

What can I say? We missed this ecosystem and had tons of (good and bad) ideas, so thought why not put them into practice? In July 2020 we started working on our ideas, on August 28, 2020 we incorporated the company and on November, 18 2020 Dashboard Hub for Jira was live in the marketplace with its Confluence counterpart going live March 29, 2021. In another article I’ll describe our journey of creating a company and a full-fledged product from scratch to the market in five months.

My next steps are to keep on practising Brazilian Jiu Jitsu, grappling and wrestling 🤼, drinking craft beer with my friends, buy sneakers, visiting fancy restaurants and taking care of my furry little ones – three rescued cats.

Product wise… We’re gonna build the most amazing dashboard we can dream of. Meanwhile, you can view the latest product updates here and the rest of the team here.

Kakugo / 覚悟 “Be mentally prepared for what’s still to come”